I have a confession 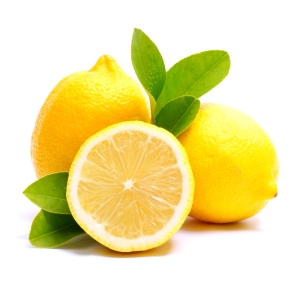 Oh no here we go another come clean blog, yet another positive, reward based trainer joining the “in a former life I used to…” queue. However I am not ashamed I did what I did based on my knowledge at that time. If I hadn’t done this I probably wouldn’t be the way I am now.

“What is this thing?”  I hear you say. Well the one thing I used to use and with great success, or so I thought, was a citronella collar, a spray collar that shoots a harmless odour in the face of my dog. Or so I thought….

First let me explain what this is in case you don’t know. It’s a collar that has a reasonable sized box that you fill with citronella much like filling a lighter with gas. It has a small hole at the top that points toward the dogs face. You switch it on and carry the control and when your dog is being a pain then you simply press a button and voila. Take that you dick of a dog, you won’t do that again! I was kind though and before I sprayed the harmless lemon smelling air freshener I gave him a fighting chance by saying “enough”.

The subject was my utter idiot of a teenage ridgeback called Floyd, he was 10 months old and wouldn’t stop running at other dogs, in a social manner I hastily add. He was doing my head in; his recall was superb until he spotted a Labrador the WHOOOOMPH! He became deaf, distance wasn’t an issue, bodies of water wouldn’t stop him, and I actually believed that the hand of the supreme dog wouldn’t stop him! So I purchased the collar.

I knew my timing was good, I thought “well it won’t hurt him”, I actually convinced myself that I was doing him the biggest favour of his existence by saving him from himself. Yes eye roll away, I know something as simple as a long line and some additional training would have been more than adequate but as I said I didn’t know then what I know now.

So collar on a poor unsuspecting 40 kg teenage thug and out I went. I was all Snap! I got the power. I actively sought out a Labrador and sure as day becomes night his big floppy ginger ears did that radar thing that ridgebacks do and he took off like a greyhound out of trap 4. I hollered “ENOUGH” and wham! Boy did he stop, shot up in the air like a rocket, shook himself then sneezed several times before returning to proud as punch me. Hey I even gave him a biscuit; he ate it and no harm done. Sounds AWESOME, right? Let’s carry on.

I only used the damn thing like 10 times. Less than a week all I had to say was “enough” and the big doofus stopped in his tracks. I the big intelligent human had won that battle, I didn’t realise I had created a war.

Floyd went from over social to quite nervous when he was in the presence of Labs, then Spaniels (probably egged on by the little cocker that bit his muzzle), then terriers and so on. What on earth was going on?

A month on and I was starting to worry, he was GROWLING! So in my superior knowledge I was using the cue word more but no collar but in my foolish attempts to stop him doing something I considered wrong I had taught him to avoid dogs, to fear dogs, because dogs meant punishment or threat of.

You see dogs sense of smell is very sensitive, he was basically tortured through his most acute piece of equipment for something that was MY fault. This was Classical conditioning in all its splendour and glory. He saw dogs he anticipated punishment.

In the scientific term I used positive punishment then negative reinforcement on my dog. I can tell you how that hurts me to type. The guilt. The shame. The total arrogance that I felt I had the right to cause him harm in the name of teaching.

That came off the back of reading “Don’t shoot the dog” I cried at the end of that book at what I had done.

I won’t go into how I changed it around as that’s a whole other story. But I will end with this serious note of caution, spray collars are effective because they offend your dog massively, the same as water pistols, rattle cans, pokes in the neck  and on the big end of “piss –your- dog- off” spectrum shock collars. But remember when we as carers and teachers cut corners in our lessons there is always a price to pay. Obedient doesn’t always equate to right. So if your dog doesn’t like it don’t use it, if it is designed to stop unwanted behaviours again don’t use it.

Just glad that I am as good at timing with a click as I was with the collar.

And my friends this is why I know that using these collars is not cool. I now know how they work, why they work and what they are doing.

I can guarantee that you are causing more problems than you are curing. Thank you to Gail & Kate for prompting me to write this, Its been like an exorcism. 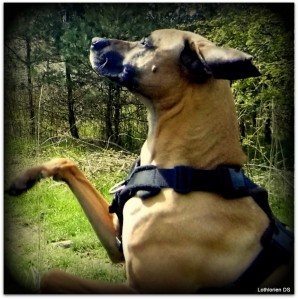 One thought on “Lemons are deadly”